The broadest portfolio of gelatin, vegetarian, and other specialized capsule technologies, along with unmatched service capabilities. 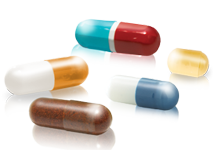 For drugs with low solubility or bioavailability, Capsugel Dosage Form Solutions offers a wide range of formulation options and technologies that maximize the opportunity for development and commercial success of drug candidates.

Our spray-dried nanoadsorbate (SDNA) technology offers another option for improving the bioavailability of drug compounds. SDNAs consist of solid amorphous dispersions adsorbed to the surface of a high-surface-area insoluble material, such as fumed silica and silicon dioxide. This approach greatly increases the surface area of the dispersion relative to normal dispersion particles, leading to rapid dissolution of the drug and resulting in improved bioavailability relative to crystalline drug. 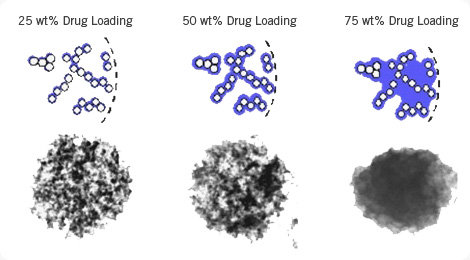 SDNAs are made using a spray-drying process. During the process, the drug and polymer are dissolved in a solvent, while the high surface-area insoluble material is suspended in the spray solution. The suspension is then spray-dried to form solid particles containing the SDNAs. The SDNAs can then be incorporated into solid dosage forms, such as tablets and capsules, for immediate- or modified-release, depending on the desired therapeutic profile.

Capsugel Dosage Form Solutions is hosting a series of webinars covering the range of technologies used for addressing bioavailability challenges. Formulation tools & methodologies, as well as scale-up and manufacturing considerations are also covered in the series.

This webinar will discuss the application of amorphous solid dispersions via spray drying process in preclinical formulation identification, including stability and performance considerations. Spray dry process development and scale-up through clinical supply manufacture will also be covered. In addition, considerations in development of immediate-release dosage forms from amorphous spray-dried dispersions will be discussed.

Reach out to a Capsugel Dosage Form Solutions expert. Our multidisciplinary teams look forward to take up your challenge.

By clicking "I Agree", you confirm that you are above the age of 16, that you have read and understood the Privacy Policy and the Cookies Policy, and that you agree to the collection, use and processing of your Personal Information by Lonza in accordance with said policies.